Jordan Dingle scored 22 points, including 10 in the fourth quarter, and Blair Academy weathered a second-half rally by Hill School to escape with a 65-56 victory to claim the MAPL title at Peddie's Erik B. Hanson Field House on Sunday afternoon. This is the Bucs' fourth crown in the last five years.

Both sides entered the last five minutes at a furious pace. The Blues' Ryan Moffat successfully converted a drive to the hoop while being fouled. He hit the free throw to complete the traditional three-point play, and knotted the score at 48-48 with 4:59 remaining. Dingle answered by hitting a trey from the top of the key at the 4:15 mark to reclaim the lead at 51-48. Twenty-five seconds later Dingle scored on a fastbreak (53-48).

Justin Adedinsewo, the hero in the Blues' last-second win over Lawrenceville, knocked down a 3-pointer from the right wing to trim the deficit to 53-51 with 2:42 to go. Dingle again responded with a flashy drive down right side of the paint for two and made it to the stripe to finish the three-point play for a 56-51 advantage at 2:23. In traffic, Adedinsewo floated inside for a bucket to narrow the gap to three, 56-53. The Blues had a chance to tie the game, but Henry Mayen corralled the defensive rebound after a missed 3-pointer.

On back-to-back possessions sandwiched around a Hill turnover, Dexter Akanno (six points) scored five points in a 20-second span to lift the Bucs to a 61-53 lead with 51 seconds remaining.

The Blues did not go away easily as Moffat notched another tradtional three-point play to make it a two possession contest at 61-56 with 43 ticks left. Forced to foul, the Bucs sank 4-of-4 from the stripe down the stretch. Jalen Blakes made both ends of a one-and-one with 34.5 seconds left to cement the victory. For the game, the Bucs were a perfect 14-of-14 from the foul line, while the Blues went 3-for-4.

Besides Dingle's double-digit performance, Jabri Abdur-Rahim finished with 11 including two triples. The Blues had balanced scoring with Caleb Dorsey leading the way with 19 points, Moffatt followed with 16 and Adedinsewo chipped in 10. 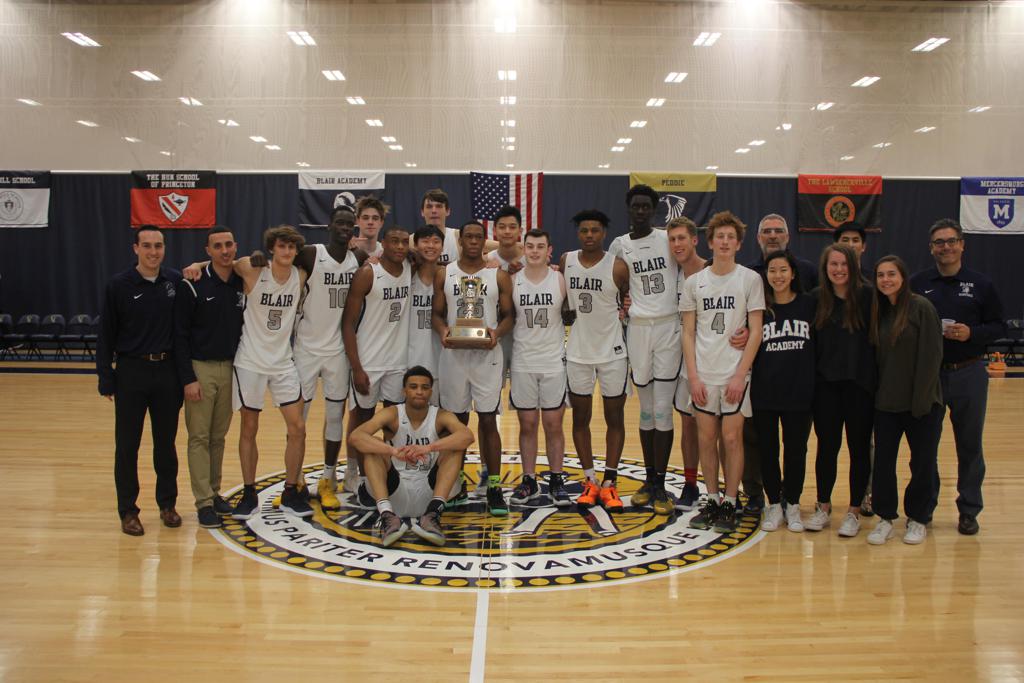 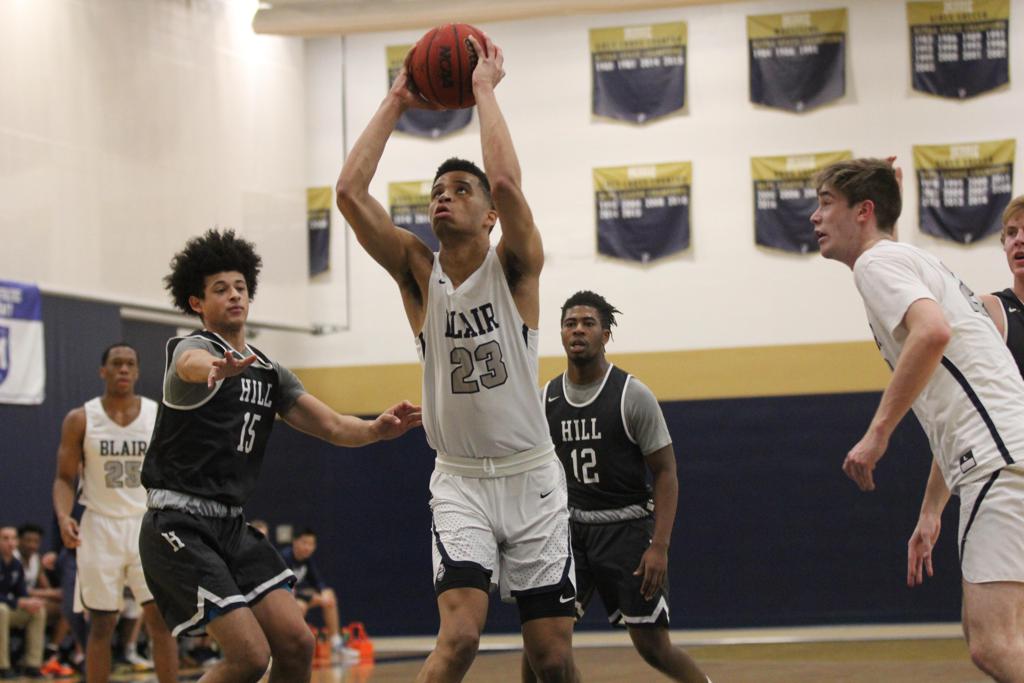 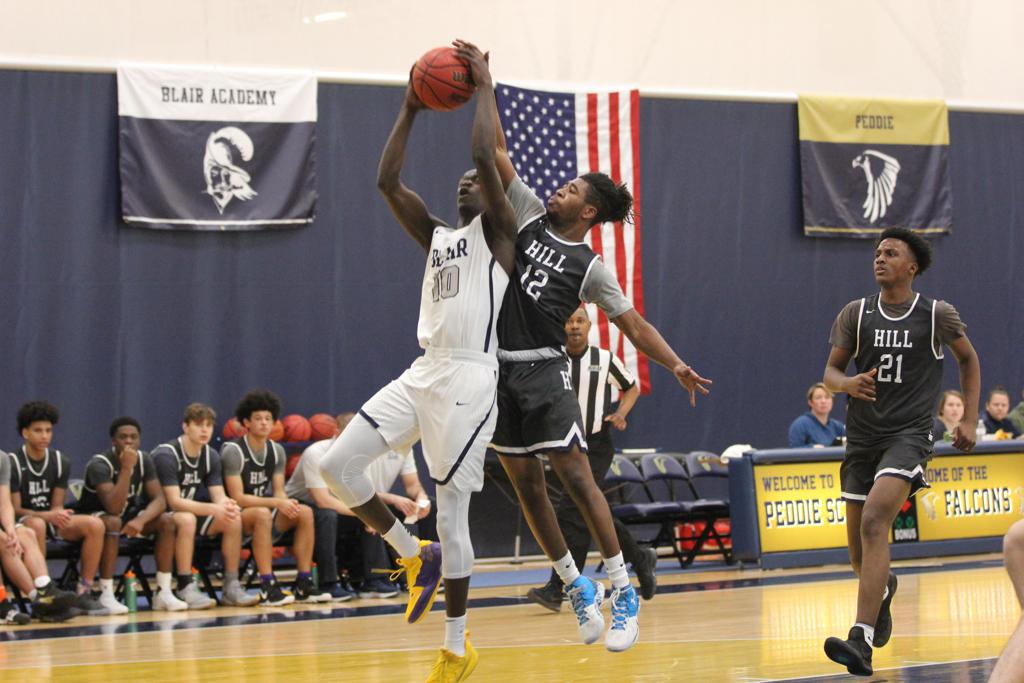 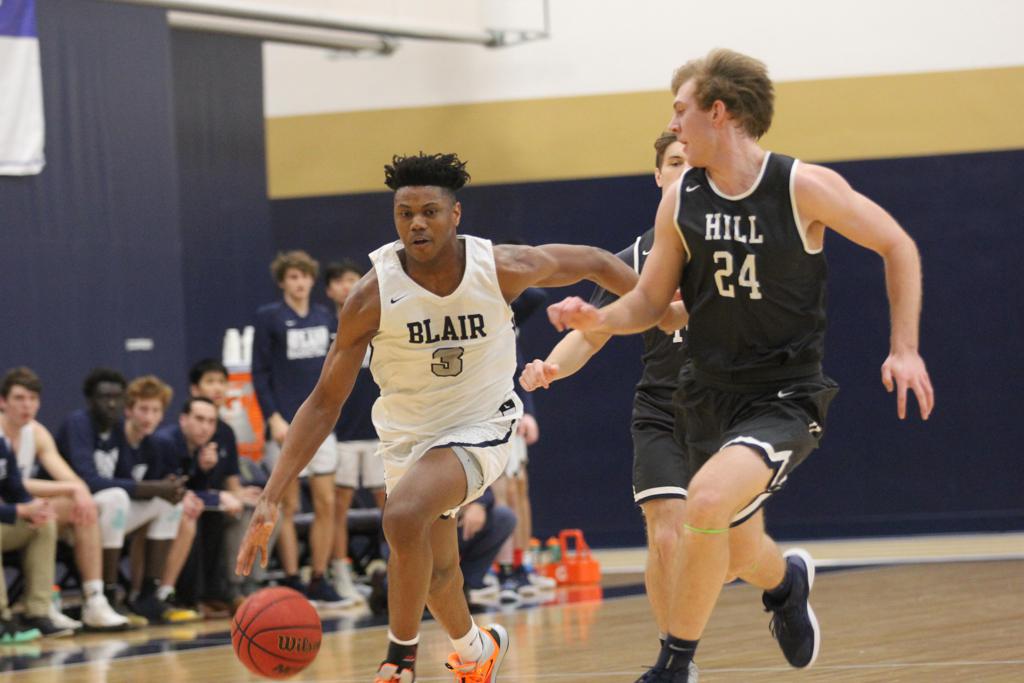 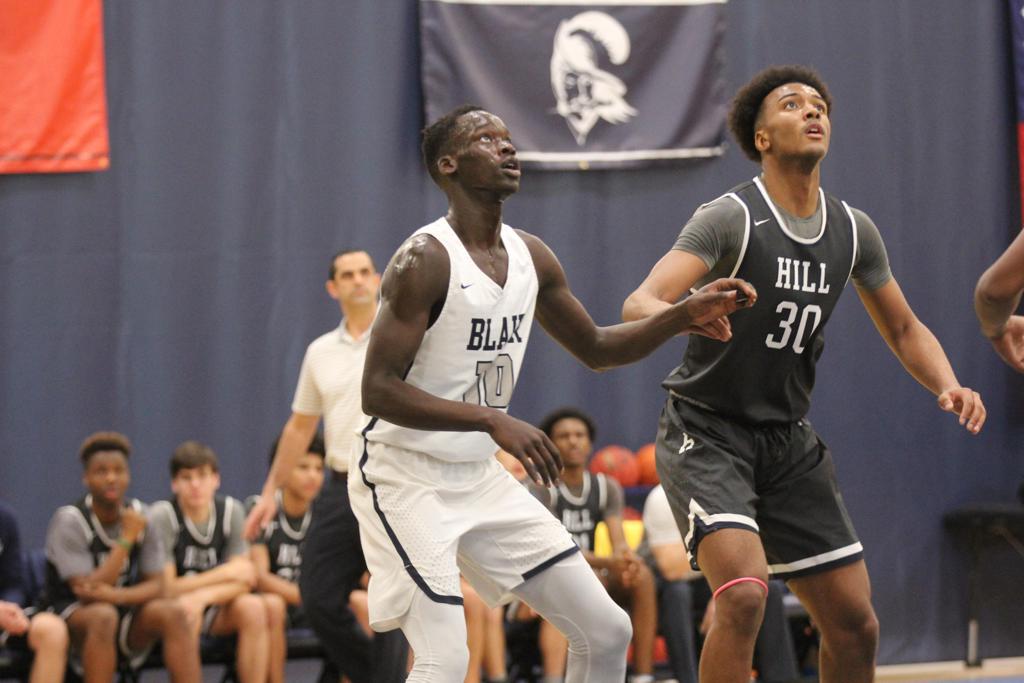