Charlotte Bednar’s amazing freshman cross-country season came to a near-perfect ending when she earned All-America status with a 12th-place finish at the Nike Cross National meet, which were held last Saturday in Portland, Ore.

Bednar, a freshman at the Hun School, finished with a time of 17:29, which led to the 12th-place finish and second team All-America status. She was the first top 12 finisher from New Jersey in the girls’ race since 2012 and was the top freshman finisher in the race

“I was super excited,” said Bednar, whose time was the second-fastest of any girl from New Jersey this year. “I didn’t really know about it until the middle of the season. My coach (Stacy Collingham) told me that Nike reached out to her. So I found out about it and I was not really sure what it was until I got closer to the event and I started to look it up and realized what a big deal it was and then I got really excited.”

Bednar had qualified for the national meet after finishing fourth at the Northeast Regional at Bowdoin Park in Wappingers Falls, N.Y.. She finished that race in 18:42, which was also the time for a freshman in that race as well.

“I was not expecting to make it because I knew I was a freshman and there are so many amazing runners out there who were doing it as well,” Bednar said of qualifying at the regional. “But I was always thinking it would be awesome to make it to nationals. I wanted to stay in the middle of the pack and run my race.

“Regionals was a really tough course. Everyone says once you run on that everything else is a lot easier. But I also think I had a little bit more motivation in the national race because I knew what my competition was and I really wanted to do well so I think I pushed myself a little harder in the national race.”

Bednar got off to a good start in the race at nationals and then used her usual strong finish to get to 12th place. She was less than five seconds away from finishing seventh in the race.

“My coach and everybody told me that I had to get out fast because there were so many girls,” Bednar said. “So I did start off pretty fast. I started out faster than I would have liked. I was in front of the pack and then I got passed by some people and then as the race got started I started passing some people.”

In addition to running in the race, the whole experience at the event was one Bednar will never forget.

“It was amazing because you are there with everyone who is a very talented runner and they all love to run,” the Princeton resident said. “It was super fun because we were able to go see the Nike campus and we were able to go on runs with our Northeast teammates and explore and watch the people from the other regions run and see what the competition was like.”

Bednar’s season started off well and she never slowed down. She won the overall championship at the Mercer County meet, the state Prep A meet and the Mid-Atlantic Prep League meets before adding her performances at regionals and nationals to her resume.

““The first race we did was the Newark Academy Invitational and I finished first and that gave me a lot of confidence for rest of the season,” Bednar said. “I just kept running my race every single time and gained more confidence.I was really surprised being able to be undefeated as a freshman.I never really thought that would happen. I mainly keep thinking about national race because I wasn’t expecting that I would get there.”

Ironically, Bednar made an adjustment at nationals that might have helped her finish with her best time of the season. For the first time all season, Bednar raced with spikes.

“The whole season I didn’t wear spikes,” she said. “This was the first time I wore spikes and it was the national race. Because it is an all grass course people said I should really wear spikes. So the day before I practiced in them and everyone said it would be to my advantage to wear them. It felt like it made a difference because it was raining that day. It was the best time I had all year.”

During the winter season Bednar will be playing basketball at Hun. But she’ll still be keeping up her training when she can fit it into her schedule.

“Hun has no indoor track team, so right now I am playing basketball,” she said. “But I will continue to run in my neighborhood to keep up with my training.”

This article was written by Bob Nuse of The Princeton Packet and originally featured online here. 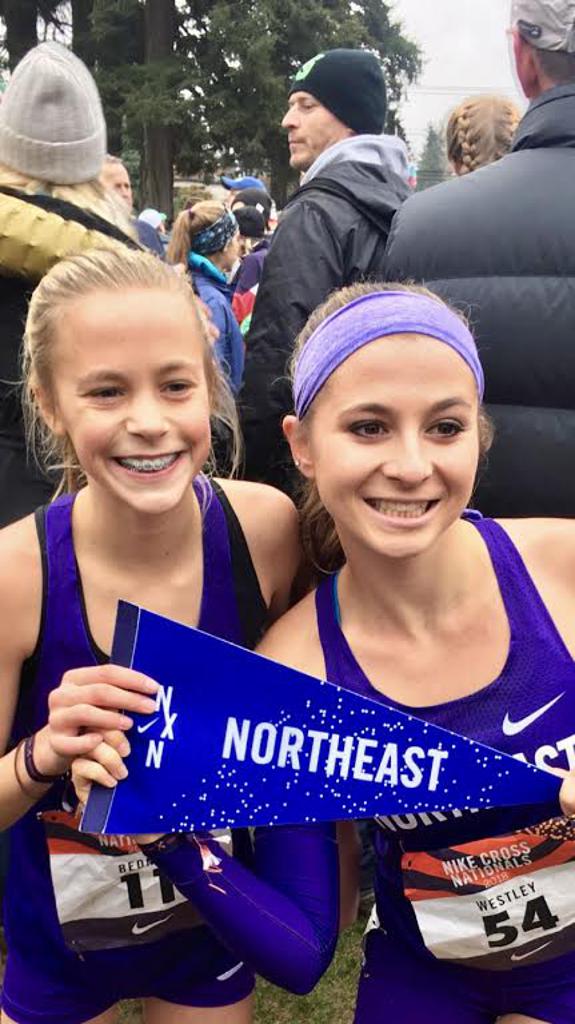 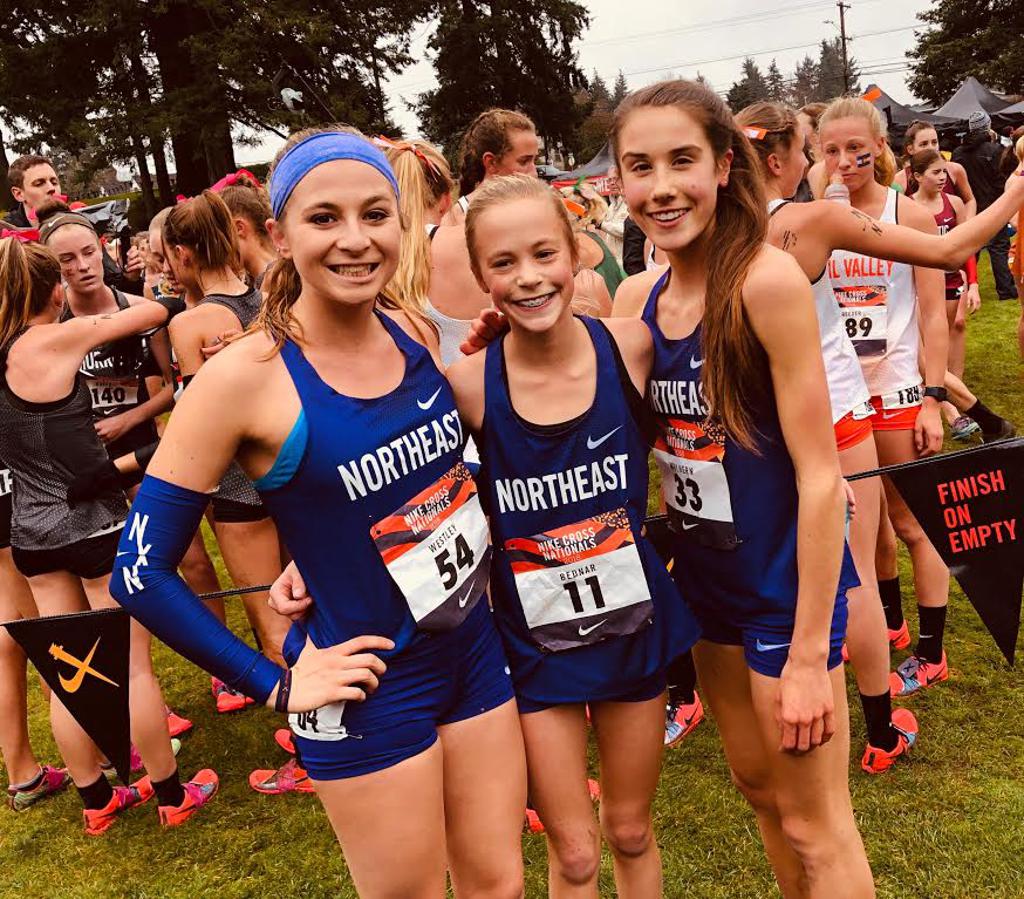 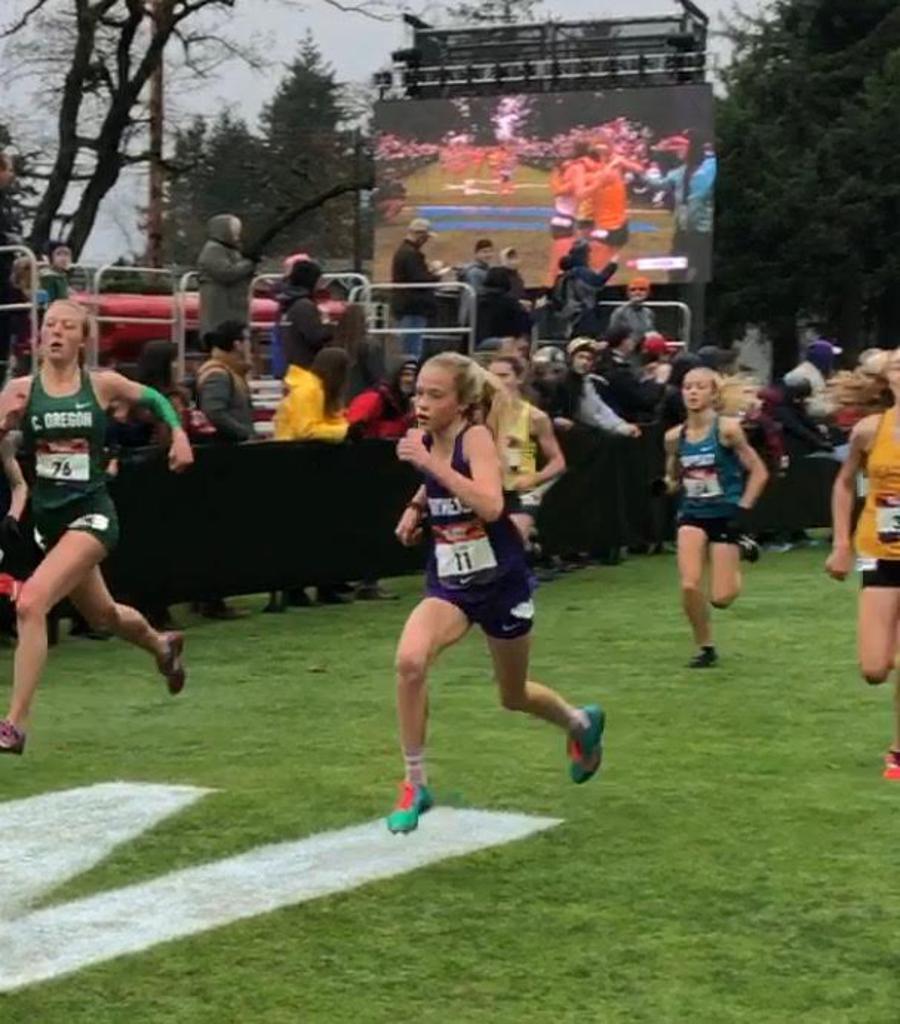